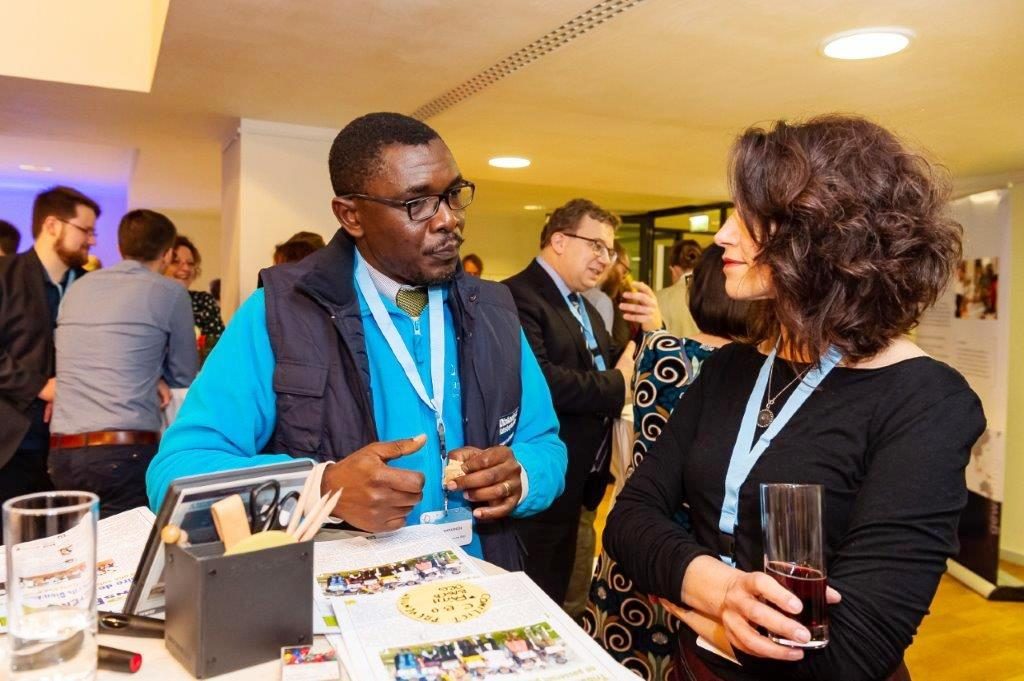 The 20 years of Civil Peace Service (CPS) celebrated on December 4 and 5 in Berlin Germany at the Federal Ministry for Economic Cooperation and Development, Stresemannstrasse 94, 10963 Berlin was an occasion to celebrate the results and impacts of CPS.  The event contributed to show the relevance of CPS to German peace Policy makers, to inspire the public and create demand for more CPS, and to strengthen identification with the CPS. 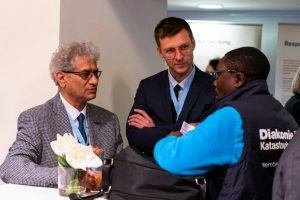 As part of the event, World Dynamics of Young People (DMJ) explain her experiences with CPS projects in Cameroon through a discussion table and an exhibition with posters. Conversations were carry out with some visitors as DMJ explained how she gives talk to young people, enhance them in non violent communication. Through CPS, DMJ has connected artists with other youths organizations to capture context analysis as a tool to prevent conflicts. Artistic approaches are now been used in Cameroon context as a tool to liberate citizen talk, to voice voiceless groups. DMJ also explain how the radio program Impacting Your Generation (IYG) produced in partnership with Protestant Voice Radio (PVR, 105 FM) of the Cameroon Council of Protestant Churches (CEPCA)  is a greater means for young people to contribute to the nationwide building reflections.

Beside all these presentations DMJ participated to the expert dialogue to reflect on the future of peace. There, she supported the fact that peace is not more of state of being, but it should be considered as ”a permanent and concerted process of a participatory search of common ground solutions to problems that affect a given environment.”  The group of experts was reflecting on the topic ”Potential of young people’s participation in developmental peacebuilding”. 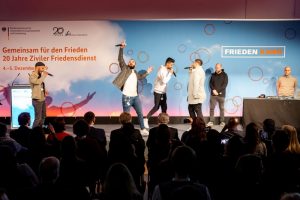 Out of all coming to the current socio political situation in Cameroon, DMJ told the visitors that the crisis in Cameroon needs the come together of major political powers for a common declaration on cease fire in the North West and South West violent conflict. The President of the Republic is invited to take lead to convene his opponents for a closed consultation. This is one of the advocacy being carried out by DMJ in the framework of CPS. DMJ has wrote several statements clamming for a structural dialogue in Cameroon between the Head of State in person and majors socio political, cultural and economical groups. 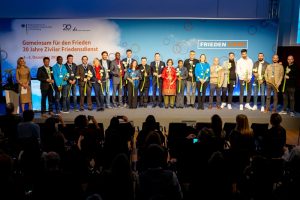 During the closing ceremony of the 20th anniversary of CPS, some major and recognized actors of peace including DMJ representative received a peace plant.