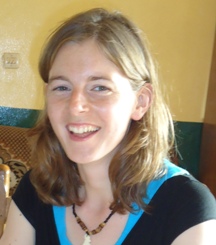 Partnership: Dutch expertise at the service of WDYP

Helena Christina TANGE is a young Dutch woman who started working within the team of World Dynamics of Young People (WDYP) since May 2011. Her coming is the result of the cooperation between WDYP and Mensen met een Missie (MM), a partner NGO based in Holland. She was welcomed by a delegation of her new colleagues at the Nsimalen Airport where she arrived on the 21st of May 2011. The President of WDYP was present, accompanied by the Vice-President, the Executive Secretary, the Programme Coordinator and the Communication and Mobilisation’s Officer.

This warm welcome, which is a tradition at WDYP, already gave an idea of the working atmosphere that the co-worker can expect. Christina, who we affectively call Lenneke, showed her joy to be in Cameroon again, after some shorter stays between 2008 and 2010, and is especially motivated to work with youth. “I am very interested in organisational strengthening and development work.” She also expressed her desire to gain more professional experience and put her theoretical knowledge into practice.

Coming from Holland for a stay of initially two years, she intends to get a deep understanding of the situation of youth in Cameroon and contribute to finding solutions to the problems they encounter. She studied Economics followed by an Advanced Master in International Development, and confirms to have a passion to work in the South.

Lenneke is not the first co-worker that joined WDYP, her expertise will joint the knowledge and skills of Ronald Müller, a German co-worker who started in June 2010 within the “Civil Service for Peace” programme. Lenneke will predominantly be involved in improving the planning, monitoring and evaluation within DMJ and supporting the project to strengthen institutional and organisational capacities among several partner organisations of MM in Cameroon.

Mensen met een Missie, who made the realization of the placement of a Dutch co-worker possible, is a partner of DMJ since several years. They support, in cooperation with CORDAID (another Dutch NGO), the project ‘Acquaintance with and ownership of Democratic Institutions’ (project CAID).