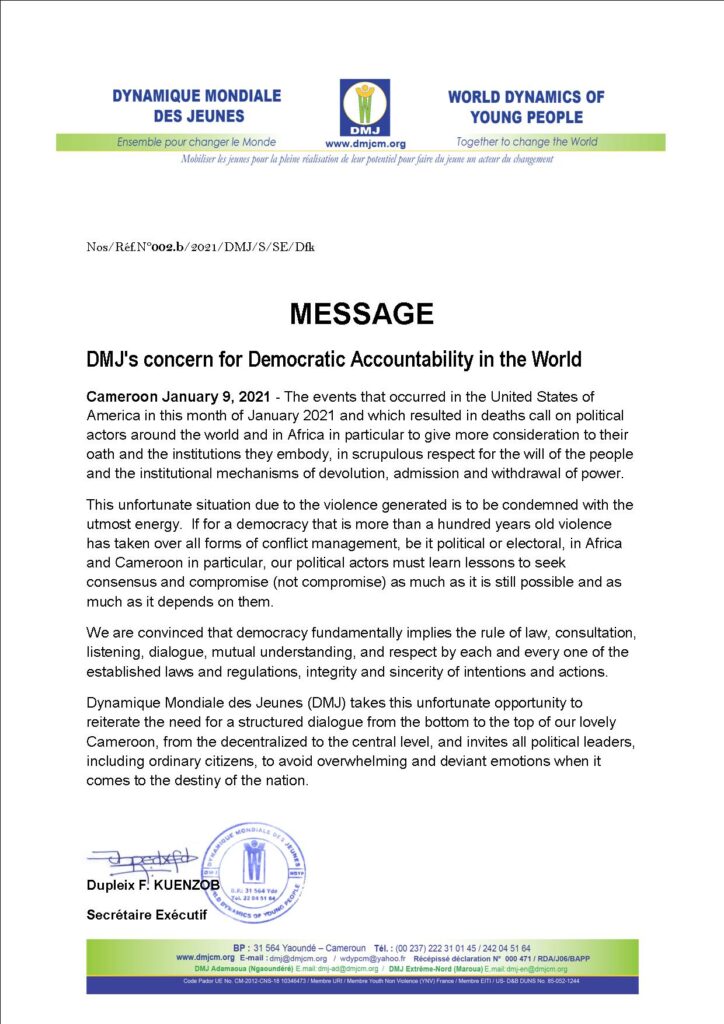 DMJ’s concern for Democratic Accountability in the World

The events that occurred in the United States of America in this month of January 2021 and which resulted in deaths call on political actors around the world and in Africa in particular to give more consideration to their oath and the institutions they embody, in scrupulous respect for the will of the people and the institutional mechanisms of devolution, admission and withdrawal of power.

This unfortunate situation due to the violence generated is to be condemned with the utmost energy.  If for a democracy that is more than a hundred years old violence has taken over all forms of conflict management, be it political or electoral, in Africa and Cameroon in particular, our political actors must learn lessons to seek consensus and compromise (not compromise) as much as it is still possible and as much as it depends on them.

We are convinced that democracy fundamentally implies the rule of law, consultation, listening, dialogue, mutual understanding, and respect by each and every one of the established laws and regulations, integrity and sincerity of intentions and actions.

Dynamique Mondiale des Jeunes (DMJ) takes this unfortunate opportunity to reiterate the need for a structured dialogue from the bottom to the top of our lovely Cameroon, from the decentralized to the central level, and invites all political leaders, including ordinary citizens, to avoid overwhelming and deviant emotions when it comes to the destiny of the nation.